As we move forward under this initiative, we will embark on several informational and educational activities, for both our employees and members of the general public, so that they can improve their knowledge and understanding in this area. We will also undertake several relevant projects that will involve our staff and showcase their knowledge.

Throughout this site, we have included summaries and scholarly papers on several topics related to Carbon Net Zero. This is to give you, our visitors, broad overviews of each topic and hopefully encourage you to actively pursue more information on all things Carbon Net Zero.

We hope you enjoy our site and look forward to your participation and feedback.

To get in touch with a KCNZCP representative, please send an email to kcnz@kenson.co.tt

Electricity generation is one of the biggest contributors of greenhouse gas (GHG) emission as electricity is mainly made by the burning of fossil fuels. Other sources of GHG are transportation vehicles, commercial enterprises, and heavy industry. Fossil fuels, the main fuel source for these activities, when burned emit carbon dioxide gas that poses a significant threat on the earth’s climate. These gases act as a reflective layer that doesn’t allow the reflected UV rays from the earth to leave the atmosphere thus raising the temperature of the planet.

Solar Energy is the chosen method of replacing fossil fuels for the creation of electricity. Solar Energy is harvesting the natural energy from the sun and using that to create electricity that can be used for daily activity. This method uses the natural phenomenon of photovoltaic activity, where direct sunlight causes an electric current to occur in some materials. The complete system to harvest solar energy is called a solar array and its components are described individually.

The Solar Panel is arguably the most important component of the solar array system. These panels convert the natural sun light into electricity. It does this through the material that these panels are made of. Each panel is covered in small cells made up of Silicon, phosphorus and boron. Phosphorus has a negative charge while boron has a positive one pairing this now with the sun’s light results in a flow of electrons from the phosphorus ion to the boron ion. Solar panels are then linked together to increase the current flow that is created.

Batteries are next on the list. As we all know batteries provide us with power for our daily gadgets such as remote controls and cell phones. However, the batteries in solar energy harvesting are much larger 12V batteries such as the ones used to start your vehicles. These batteries are used in correlation with the solar panels to store the power being emitted from the panels as stated above. The stored power can then be used to power any of the appliances you may need particularly when there is no sunshine e.g. at night.

A charge controller is the safety part of the system. It controls/regulates the voltage and current coming from the solar panels to keep the batteries from overcharging.

Lastly, the solar inverter plays numerous roles within the solar array system. Its main role however is to convert the Direct Current (DC) from the solar panel and the battery to the usable Alternating Current (AC) that exists in a normal electrical socket to power your home appliances. In this manner, power generated with the solar panel can be used in household and commercial applications.

A solar array’s efficiency depends on how much direct sunlight it receives. In Trinidad, we live in a Tropical Climate where we have an abundance of sunlight. However, despite this on average a solar panel in our region gets a maximum of roughly 5 hours of peak sunlight. You can maximize this efficiency by altering the orientation and tilting of the panels. Having a solar panel incorrectly oriented can result in efficiency losses from 1.1% to 5%. Knowing the right azimuth (how high the sun is in the sky) for the solar panel will help it to achieve maximum efficiency.

Calculations to achieve the right angle to orient your solar panels are shown below:

Due to Trinidad being a tropical island and being located so close to the equator we do not experience winter. This means that the difference in our sun angle does not change by much. Therefore, using the whole year tilt calculation will provide the best angle for the solar panels to achieve the highest efficiency without having to change the tilt of the panel as the season changes.

By connecting solar panels in series or in parallel you can alter other aspects of the system such as the total voltage or current. 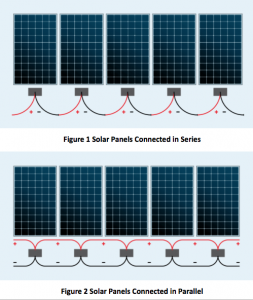 Solar Energy plays a significant role in the movement to carbon neutrality and thereby combatting climate change and global warming. We at Kenson acknowledge this and as part of our Carbon Net Zero capability portfolio, we have mapped out an implementation plan for the average homeowner to use if they decide to move to solar energy.

The following is a step-by-step process:

Run wires to cable separating the positive and the negative side.

Step 4: Connect batteries together. Red to red, Black to black.

Step 5: Connect inverter to battery to convert DC to AC. Red to red, Black to black.

By implementing a solar system, you provide a vital contribution to the environment as any small amount of CO2 emission avoided is one step closer to achieving carbon neutrality and thus a healthier planet.

Good luck and please contact us if you need further assistance kcnzcp@kenson.co.tt

An excerpt Schlumberger announced on 22 June that it has joined the decarbonization effort that is sweeping the upstream oil...
Read More

The Business Express of June 23rd, 2021 carried an advertorial on the recent MOU between NGC and UTT to conduct...
Read More

A recent article by the International Renewable Energy Agency (IRENA) in June 2021 reports that the majority of new renewables power...
Read More

An excerpt from Journal of Petroleum Engineering "The list of potential bidders for Norway’s first tender for offshore wind farm...
Read More

An article in the Trinidad Guardian on June 17th, 2021 gave an update on T&T's Nationally Determined Contribution (NDC) by...
Read More

A recent report by the BBC News (June 10, 2021) indicated that a court in the Netherlands has ordered Shell...
Read More

The Kaieteur News of Jun 2nd, 2021 reports on a constitutional case filed in the Guyanese courts against ExxonMobil oil and gas projects, which purports that 90 million tonnes of greenhouse gases will be emitted directly from the three projects Liza 1, Liza 2 and Payara. This does not include the carbon dioxide that would be emitted when the oil and gas is eventually used in transportation fuels and other applications.
Read More

Some Good News on the Climate Front by Gwynne Dyer

A well put together article that gives an update on recent court rulings, on actions taken by the ‘common man’ against the oil giants with positive results. The courts ruling that the companies must reduce their carbon emissions is in alignment with the Paris accord that requires a 45 percent reduction in emissions by 2030 to keep the average global temperature increase below the 1.5 deg C.
Read More
« Previous 1 2
Load More ArticlesLoad Less Articles 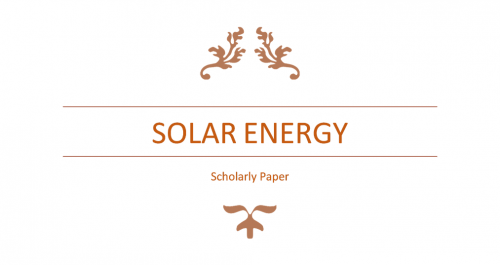